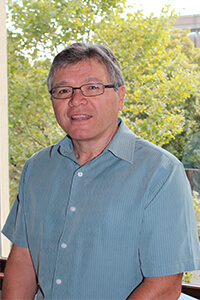 Gene brings diversity and administrative leadership to the Bushnell University Counseling faculty team. Gene served with the Bushnell’s Professional Counseling faculty team from 2006-2008. In 2008 he knew that the Lord called him to go back to his homeland, the Quinault Indian Nation, to serve his people. He served five years (2008-2013) as the highest non-elected executive administrator of the Quinault Indian Nation (QIN). Additionally, he served a 3-year term (2010-2013) as an elected QIN 6th Councilman.

Serving people is the driving force that helped him strive to create a client-centered counseling model that respects the communication norms of the “non-dominant” person in a relational ecology. It is his lifelong passion to better understand cross-cultural counseling encounters in order to create a successful counselor/client relationship for the benefit of the client. Gene believes that it is the responsibility of the dominant member in any relationship, to the best of his or her ability, to understand the non-dominant person’s cultural way of being. Research, theory, training, and experience enhance a counselor’s potential to better understand “self” in order to better serve people.